“NEWARK — CERTAIN restaurants exist on their own planet, far removed from their earthly address. This is doubly true of Seabra’s Marisqueira.

To get there, you must leave downtown Newark and enter the Ironbound section along Ferry Street, the vibrant, noisy, traffic-clogged artery that retains such a distinct Iberian character that it feels like part of another city. You thread your way down a couple of nondescript side streets, park your car (a lot across the street offers free parking, with a sternly enforced two-hour limit) and enter the restaurant. At this point you may want to be sure your passport is up to date.

Marisqueira is Portuguese for seafood emporium, but that term only begins to describe this 13-year-old restaurant, for many years one of three capitals of an Ironbound food empire built by the Seabra family. (The others are Seabra’s Rodizio, the venerable all-you-can-eat meatery, and A. J. Seabra’s, a supermarket.) The owner, Americo Seabra, recently sold the marisqueira to three longtime employees. The change of ownership doesn’t seem to have dampened the mood at this restaurant, which has the pulsing, hard-edged and slightly frantic qualities of a seaside carnival.

You enter through a narrow corridor that fronts on a long, lively bar, where about 50 people are seated, many of them smoking, all of them eating fresh fish and talking and gesturing lavishly. Just beyond the bar is a glass-fronted open kitchen where a troupe of cooks whirls through a nonstop ballet, shouting orders and flinging seafood into cast-iron pans over fierce flames; the action is so hypnotic that many patrons pause to watch.

Most of the dining takes place in a large back room with closely packed tables — an ordinary space, something of a letdown after the bar. The service has a generic quality too; while the all-male crew is efficient enough, its members tend to be brusque and reserved, at least with English-speaking diners. Requests for guidance about the long, varied and largely unfamiliar menu are greeted with a shrug and a monosyllable that translates roughly as ”You might like it.”

The thing is, you might. While the cooking here can be uneven, the best dishes have a straightforward, unvarnished quality that calls to mind the best dining houses at the shore. The seafood is unfailingly fresh, some of it flown air express from Portugal. Something similar can be said about the wine list: while Seabra’s serves a sangria ranks that right up there with Kool-Aid on the list of beverages that go well with absolutely nothing, it also offers a terrific, slightly fizzy Portuguese vinho verde at the down-the-hatch price of $12 a bottle.

Portions, as you might expect, are enormous, meant to be shared by the large groups that congregate at six or eight pushed-together tables. An obvious starter is the octopus salad, bright, meaty and chewy in a vinaigrette of good olive oil brightened with raw onion and flecks of coriander. Fried squid is first-rate, a mammoth platter of relatively grease-free rings that will easily serve four. But the surprise winner among the appetizers is chouriço (better known as chorizo), simple rounds of sausage crisped on the grill: they are smoky, spicy and memorable.

They are also (the alert reader will have noticed) not seafood. But for a marisqueira, Seabra’s does very well by inland creatures. Roast suckling pig, a bargain at $15.95, comes in great meaty chunks. They are fatty, but that’s more or less the point — the fat imbues the meat, making it tender, moist and redolent of pork. The skin is dark and crackling; you break off a piece and hold it in your mouth until it melts, like a savory hard candy.

Goat chops are a revelation, five knobs of meat in a thick, dark and velvety sauce. The taste hints of lamb and pork, and the texture is wonderfully ropy and chewy. For those in search of extra calories, these dishes and other main courses also come with fine crisped potatoes that are a cross between french fries and chips.

Standard seafood entrees here are, in a word, standard. Mariscada, the shellfish stew, is entirely serviceable — a bathtub full of clams, lobster, scallops and tiny shrimps in a hearty sauce with notes of pepper. Frutos do mar Cataplana is a similar assortment of seafood in a drier environment, with a tomato-based sauce. A whole grilled snapper is beautiful and flavorful, if a bit dry.

Gambas grelhadas, grilled Mozambican shrimps, are angry-looking primeval creatures that could pass for adolescent lobsters. They don’t have much flavor, though. Camarão à Marisqueira comprises shrimps and mushrooms in a rustic sauce filled with onions and peppers, but the shrimps themselves are badly overcooked. Açorda de marisco is an acquired taste that I never expect to acquire, a weird hybrid of shore and hospital — a melange of seafood in a soupy, viscous sauce made soggy with chunks of bread and topped with a poached egg.

I’ve saved the most spectacular dish for last. It’s called espetada de marisco, and to see it on another diner’s plate is to know that you need to order it. It consists of a sort of gallows, a metal device rigged to stand upright on the plate and hold a footlong skewer of grilled shrimps, chunks of monkfish, squid rings, peppers and onions. A common hazard of skewering, that some food is done and some overdone, is somehow avoided. The monkfish, in particular, is the best I’ve had, supremely tender and flavorful, almost silky.

Desserts and coffee are beside the point here. After both my visits to Seabra’s, I felt a powerful need to leave the bustle and the close quarters and to stroll Ferry Street, taking in the festive sounds and colors of an Ironbound night and inhaling the soft summer air before returning to my own suburban planet.”

“EAT GLOBALLY At Seabra’s Marisqueira in Newark, New Jersey, seafood is king-from the freshest of fish (1) to a bowl of mexilhão marisqueira (2), mussels in a zesty red sauce. Locals come for the atmosphere (3) and the sweet “molotof” meringue cake (4).

Judging by the Iberian-style blue-and-white-tiled walls and the Portuguese talk show quietly playing in the corner, you may wonder if you crossed a few time zones to get here. But this restaurant, Seabra’s Marisqueira, is only a fifteen-minute train ride from New York City. It’s just one of the many businesses clustered around Ferry Street in Newark’s Little Lisbon, where expat Portuguese residents maintain a somewhat Americanized version of their homeland.

This is the best restaurant in the area, says Jean Anderson, author of Food of Portugal (William Morrow; 1994). One of the house specialties, açorda de mariscos-shrimp, mussels, clams, scallops, and Portuguese bread in a sauce of olive oil and coriander, topped with a poached egg-is smooth and rich, without being heavy. You’ll also find beautifully grilled whole sardines and seafood soup crowded with meaty crab legs, among many other Portuguese dishes.”

A “seafood heaven” is what fans call this Portuguese seafooder in Newark Ironbound, where the “food is terrific and authentic” and there’s “plenty of it”, including octopus that’s “done right” and “killer seasonal specials”; the “small”, casual storefront sports tiled walls and a bar that reminds some of a “diner”, but the service is “friendly and helpful” and tabs are reasonable – “you are in for a treat.” 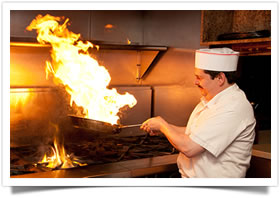